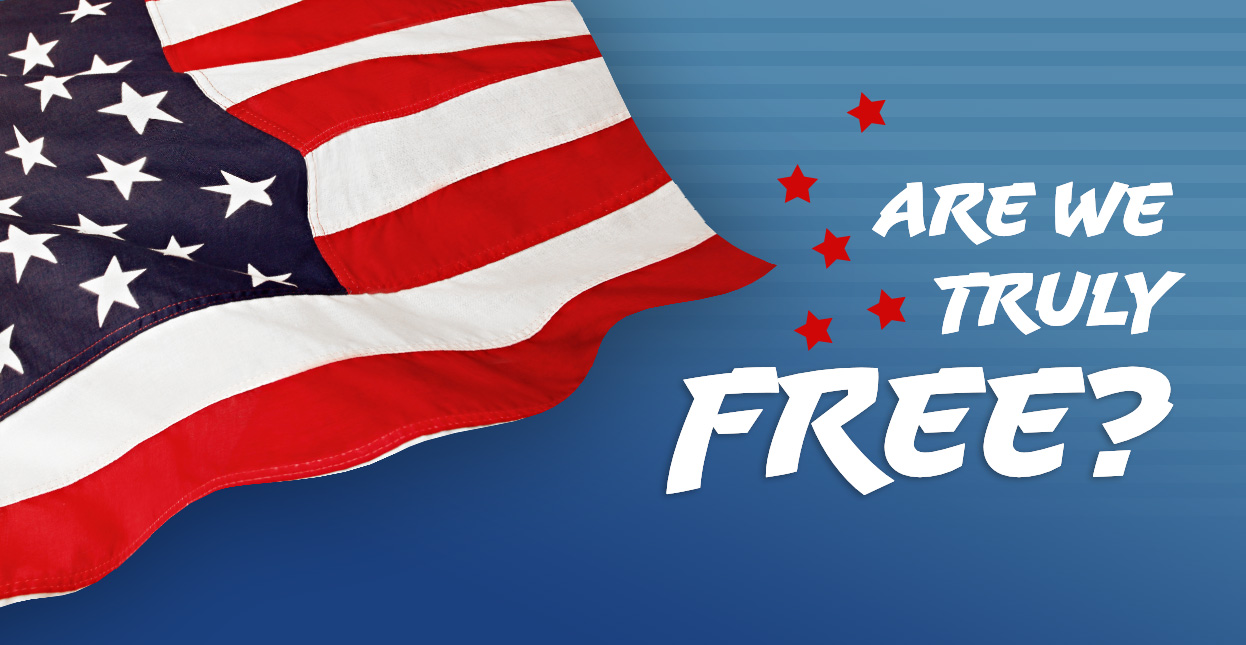 July fourth is a day to celebrate our freedom as a nation. It is very helpful for us to take a moment to ponder what real freedom really is and what it means for us? We should think as strangers from the kingdom of heaven how to love and celebrate the independence day of America, even with all its sad defects.

It should be remembered from history that July fourth 1776 was a day of separation. It is the separation of the American colonies from England. A form of separation from tyranny that fettered American human freedom as a nation. This freedom is precious, bought with the sweat, hard work, and countless blood of Americans who initially struggled to get it and those who have struggled to secure it in the centuries since that fateful day in 1776.

This freedom also flows in our lives as American believers. We inherit freedom of speech, freedom of worship. We can attend the Church of our choice. Most of us have more than one Bible. Some of us don’t even read the Bible we have. We have freedom to marry or not marry, freedom to marry different gender or same sex. This freedom is free. We are free to choose how we live, what we say and how we believe. But even though we have all these worldly freedoms and have been declared independent, are we truly free? what about our spiritual freedom?

God gave them total freedom to choose. They can choose to trust Him or not. There were no gray areas.
History recorded that because of sin man no longer has total freedom. Instead they become slaves of sin and live in the colony and tyranny of sin. Living in sin means being a slave of sin. When we continue to make bad choices or commit crimes against others, we choose to imprison ourselves in the bondage of sin. But when we live for God, by grace of God, we willing to say no to sin and to have freedom from sin.

The Independence Day should bring up our mind to think seriously what this day represents. When we value our gift of freedom as Americans, we supposed to be moved to consider greater freedom, our freedom in Christ. The freedom that comes with being disciples of Jesus Christ.

Christian freedom is very different. According to the Scriptures, the worst tyranny is our internal desire to determine our own destiny. While true freedom comes when we conquer our egos under the power and the will of God. Jesus said, “… If you abide in my word, you are truly my disciples, and you will know the truth, and the truth will set you free.” They answered him, “We are offspring of Abraham and have never been enslaved to anyone. How is it that you say, ‘You will become free’?” Jesus answered them, “Truly, truly, I say to you, everyone who practices sin is a slave to sin. The slave does not remain in the house forever; the son remains forever. So if the Son sets you free, you will be free indeed.” John‬ ‭8:31-36‬ ‭ESV